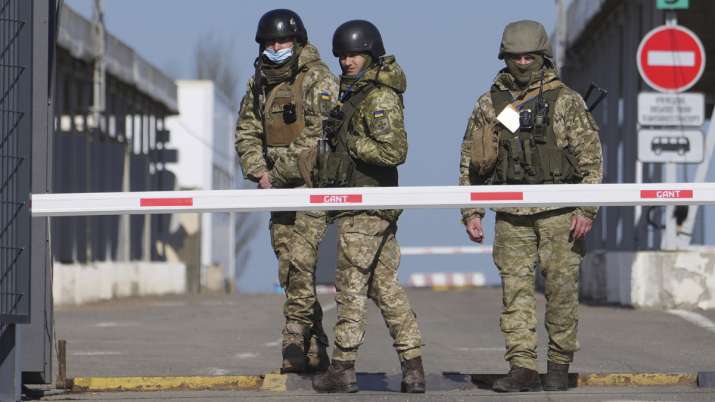 The U.S. ambassador to the United Nations has dismissed ‘as nonsense’ Russian President Vladimir Putin’s announcement that he’s placing Russian troops in separatist areas of japanese Ukraine as peacekeepers, saying their presence is “clearly the idea for Russia’s try and create a pretext for an extra invasion of Ukraine.”

Linda Thomas-Greenfield advised an emergency assembly of the U.N. Safety Council on Monday night time that this transfer and Putin’s earlier announcement that Russia will acknowledge the separatist areas as ‘impartial states’ are additionally an ‘unprovoked’ assault on Ukraine’s sovereignty and territorial integrity. By his actions, she mentioned, Putin “has torn the Minsk Settlement to shreds.”

Thomas-Greenfield mentioned Putin ‘has put earlier than the world a alternative’ and it ‘should not look away’ as a result of ‘historical past tells us that trying the opposite approach within the face of such hostility will likely be a much more expensive path.’

Thomas-Greenfield warned that “the results of Russia’s actions will likely be dire throughout Ukraine, throughout Europe, and throughout the globe.”